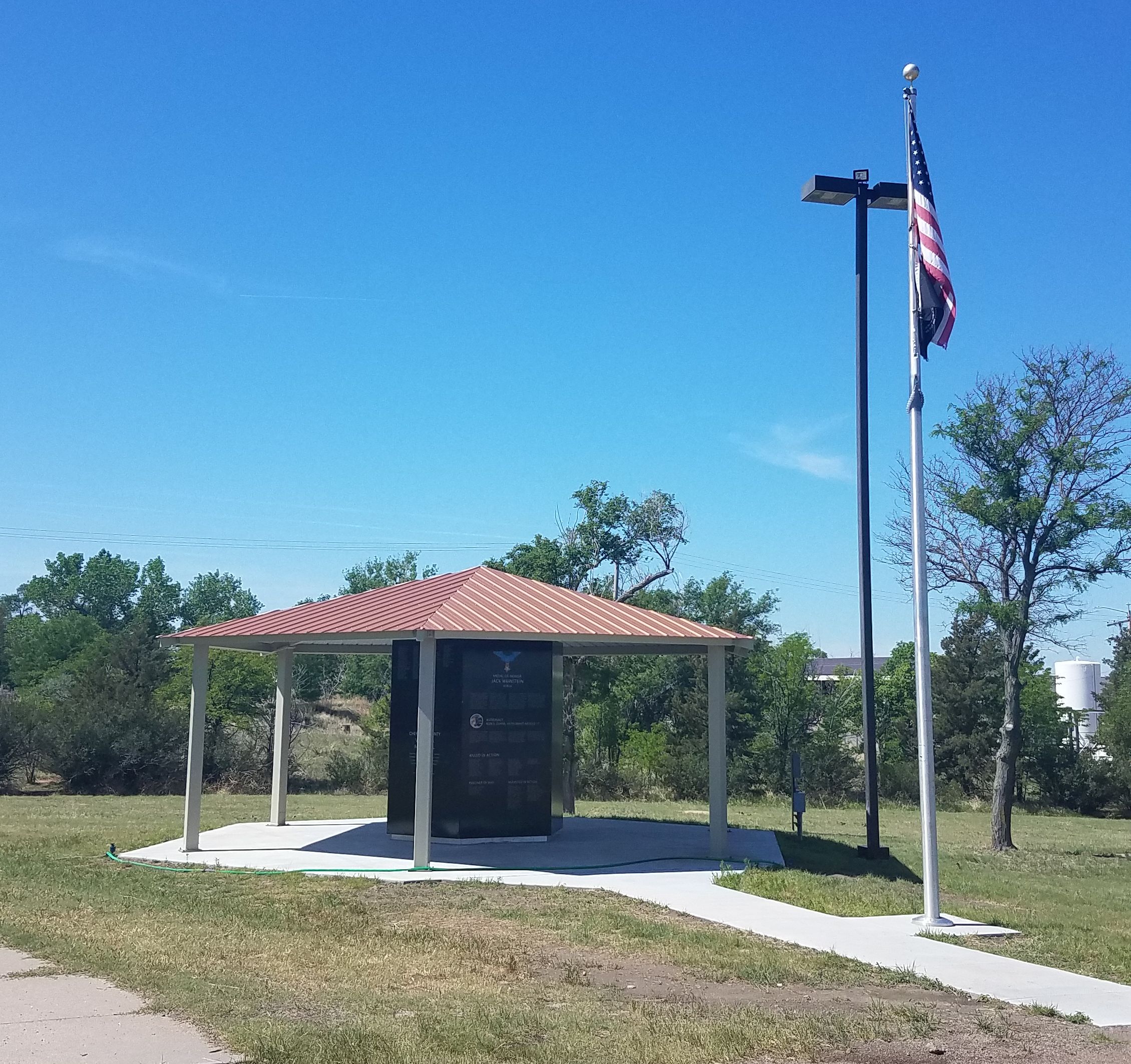 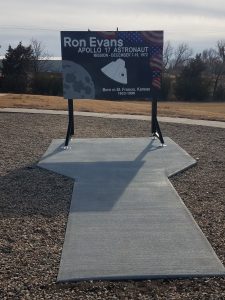 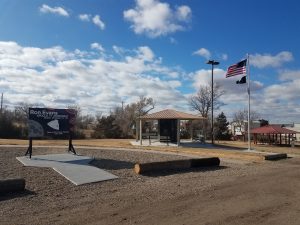 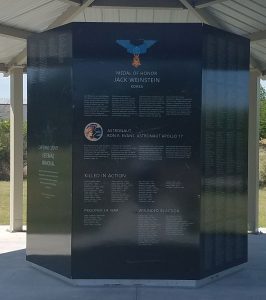 FUNDED IN PART BY THE DANE G. HANSEN FOUNDATION AND THE CHEYENNE COUNTY KANSAS COMMUNITY FOUNDATION

The Cheyenne County Veterans’ Memorial was the brainchild of Veterans Pete Jensen and Bob Ogden who began planning the project in 2020. They approached the St. Francis City Council with their plans in October of that year. The St. Francis City Council recognized the importance of honoring those from Cheyenne County who have served in the line of duty for our Country and approved the request to construct a Veterans’ Memorial at the Roadside Park next to Highway 36.

Pete and Bob, along with other VFW and community members, spent many hours fundraising for the project. The City, on behalf of the VFW,  received a grant from the Cheyenne County Kansas Community Foundation to use towards the purchase of the display panels and flags.  The installation of the display panels was completed in March of 2022.

The plans for the memorial also included a gazebo to be constructed to protect the memorial from the weather.  The St. Francis City Council wanted to help with this phase of the project. The City applied for and received a generous grant from the Dane G. Hansen Foundation. The grant, combined with the remaining donations, was sufficient to cover the cost of the gazebo and installation was completed in June of 2022.

The Veterans’ Memorial pays tribute to 2,150 men and women from Cheyenne County who have served in the United States armed forces and honors them for their service and sacrifice. There is space on the display panels for additional names to be added in the future.

A portion of the front panel of the Memorial is dedicated to Sergeant Jack Weinstein, a Korean War veteran from St. Francis. Weinstein was honored posthumously in 2016 with the Medal of Honor, the Unites States Armed Forces’ highest military decoration, awarded to recognize American Soldiers who have distinguished themselves by acts of valor.

The installation of the Veterans’ Memorial inspired the Cheyenne County Museum and Historical Society to install a memorial in honor of Captain Ronald B. Evans, Apollo 17 Command Module Pilot, who was born in St. Francis.  Evans orbited the moon a record 75 times and performed an extravehicular activity (EVA), a spacewalk performed at the greatest distance from any planetary body. A grant from the Cheyenne County Kansas Community Foundation provided funds for the sign.

A dedication ceremony was held on November 12, 2022, for both the Veterans’ Memorial and the Ron Evans Memorial.

We owe a debt of gratitude to all veterans who have sacrificed in order to serve our country. The Veterans’ Memorial honors and celebrates those from Cheyenne County who have so bravely defended our freedoms.