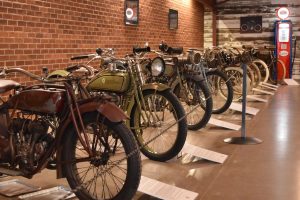 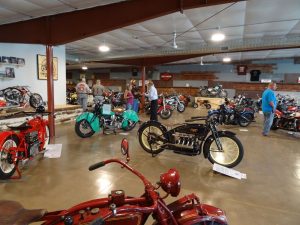 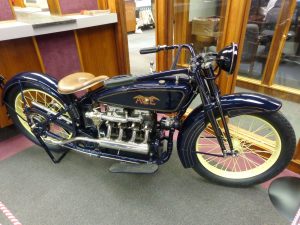 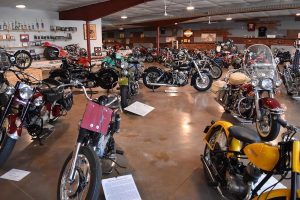 The St. Francis Motorcycle Museum is located at 110 East Washington in beautiful downtown St. Francis, Kansas. The 10,000 square foot museum houses more than 110 vintage motorcycles from various manufacturers. The big names in early motorcycles, Indian and Harley Davidson, are highly represented, but so are motorcycles from lesser known manufacturers such as Flanders, Excelsior, Cleveland, Pope, Iver Johnson, Feilbach Limited, Ace, Henderson, Marsh-Metz and many others.

The idea of building the museum had its roots in 2013.  A small group of local motorcycle enthusiasts and two avid motorcycle collectors worked diligently to make the museum a reality.  The museum now displays motorcycles from several collections as well as other motorcycle-related memorabilia.

The museum was in the planning stage for over a year while funds were solicited for the construction. Ground-breaking for the museum began the first week of April, 2015. The museum opened its doors on April 2, 2016, with a  “soft opening.”  A Grand Opening was held on May 28, 2016.