AN ORDINANCE AUTHORIZING AND PROVIDING FOR THE ISSUANCE OF GENERAL OBLIGATION BONDS, SERIES 2020, OF THE CITY OF ST. FRANCIS, KANSAS; PROVIDING FOR THE LEVY AND COLLECTION OF AN ANNUAL TAX FOR THE PURPOSE OF PAYING THE PRINCIPAL OF AND INTEREST ON SAID BONDS AS THEY BECOME DUE; AUTHORIZING CERTAIN OTHER DOCUMENTS AND ACTIONS IN CONNECTION THEREWITH; AND MAKING CERTAIN COVENANTS WITH RESPECT THERETO.

WHEREAS, the City of St. Francis, Kansas (the “City”) is a city of the third class, duly created, organized and existing under the Constitution and laws of the State; and

WHEREAS, pursuant to the laws of the State of Kansas applicable thereto, by proceedings duly had, the Governing Body of the City (the “Governing Body”) has authorized the following improvements (the “Improvements”) to be made in the City, to-wit:

WHEREAS, all legal requirements pertaining to the Improvements have been complied with, and the Governing Body now finds and determines that the total cost of the Improvements (including issuance costs of the general obligation bonds) and related expenses are at least $850,000, with all of said cost to be paid by the City at large, to be paid for by the issuance of general obligation bonds; and

WHEREAS, the Governing Body is authorized by law to issue general obligation bonds of the City to pay costs of the Improvements; and

WHEREAS, the Governing Body has advertised the sale of the Bonds in accordance with the law and at a meeting held in the City on this date awarded the sale of such Bonds to the best bidder.

Section 1.         Definitions of Words and Terms.  In addition to words and terms defined elsewhere herein, the following words and terms in this Ordinance shall have the meanings hereinafter set forth.  Unless the context shall otherwise indicate, words importing the singular number shall include the plural and vice versa, and words importing persons shall include firms, associations and corporations, including public bodies, as well as natural persons.

“Bond Resolution” means the resolution to be adopted by the Governing Body prescribing the terms and details of the Bonds and making covenants with respect thereto.

“Ordinance” means this Ordinance authorizing the issuance of the Bonds.

“State” means the State of Kansas.

“Substitute Improvements” means the substitute or additional improvements of the City authorized in the manner set forth in the Bond Resolution.

Section 2.         Authorization of the Bonds.  There shall be issued and hereby are authorized and directed to be issued the General Obligation Bonds, Series 2020, of the City in the principal amount of $850,000, for the purpose of providing funds to:  (a) pay costs of the Improvements; and (b) pay costs of issuance of the Bonds.

Section 3.         Security for the Bonds.  The Bonds shall be general obligations of the City payable as to both principal and interest from ad valorem taxes which may be levied without limitation as to rate or amount upon all the taxable tangible property, real and personal, within the territorial limits of the City.  The full faith, credit and resources of the City are hereby irrevocably pledged for the prompt payment of the principal of and interest on the Bonds as the same become due.

Section 4.         Terms, Details and Conditions of the Bonds.  The Bonds shall be dated and bear interest, shall mature and be payable at such times, shall be in such forms, shall be subject to redemption and payment prior to the maturity thereof, and shall be issued and delivered in the manner prescribed and subject to the provisions, covenants and agreements set forth in the Bond Resolution hereafter adopted by the Governing Body.

Section 5.         Levy and Collection of Annual Tax.  The Governing Body shall annually make provision for the payment of principal of, premium, if any, and interest on the Bonds as the same become due by levying and collecting the necessary taxes upon all of the taxable tangible property within the City in the manner provided by law.

The taxes above referred to shall be extended upon the tax rolls in each of the several years, respectively, and shall be levied and collected at the same time and in the same manner as the general ad valorem taxes of the City are levied and collected, shall be used solely for the payment of the principal of and interest on the Bonds as and when the same become due and the fees and expenses of the paying agent for the Bonds.  The proceeds derived from said taxes shall be deposited in the Bond and Interest Fund.

Section 6.         Further Authority.  The Mayor, Clerk and other City officials are hereby further authorized and directed to execute any and all documents and take such actions as they may deem necessary or advisable in order to carry out and perform the purposes of the Ordinance, and to make alterations, changes or additions in the foregoing agreements, statements, instruments and other documents herein approved, authorized and confirmed which they may approve, and the execution or taking of such action shall be conclusive evidence of such necessity or advisability.

Section 7.         Governing Law.  This Ordinance and the Bonds shall be governed exclusively by and construed in accordance with the applicable laws of the State.

Section 8.         Effective Date.  This Ordinance shall take effect and be in full force from and after its passage by the Governing Body, approval by the Mayor and publication of the Ordinance or a summary thereof in the official City newspaper.

PASSED by the Governing Body on June 22, 2020 and APPROVED AND SIGNED by the Mayor. 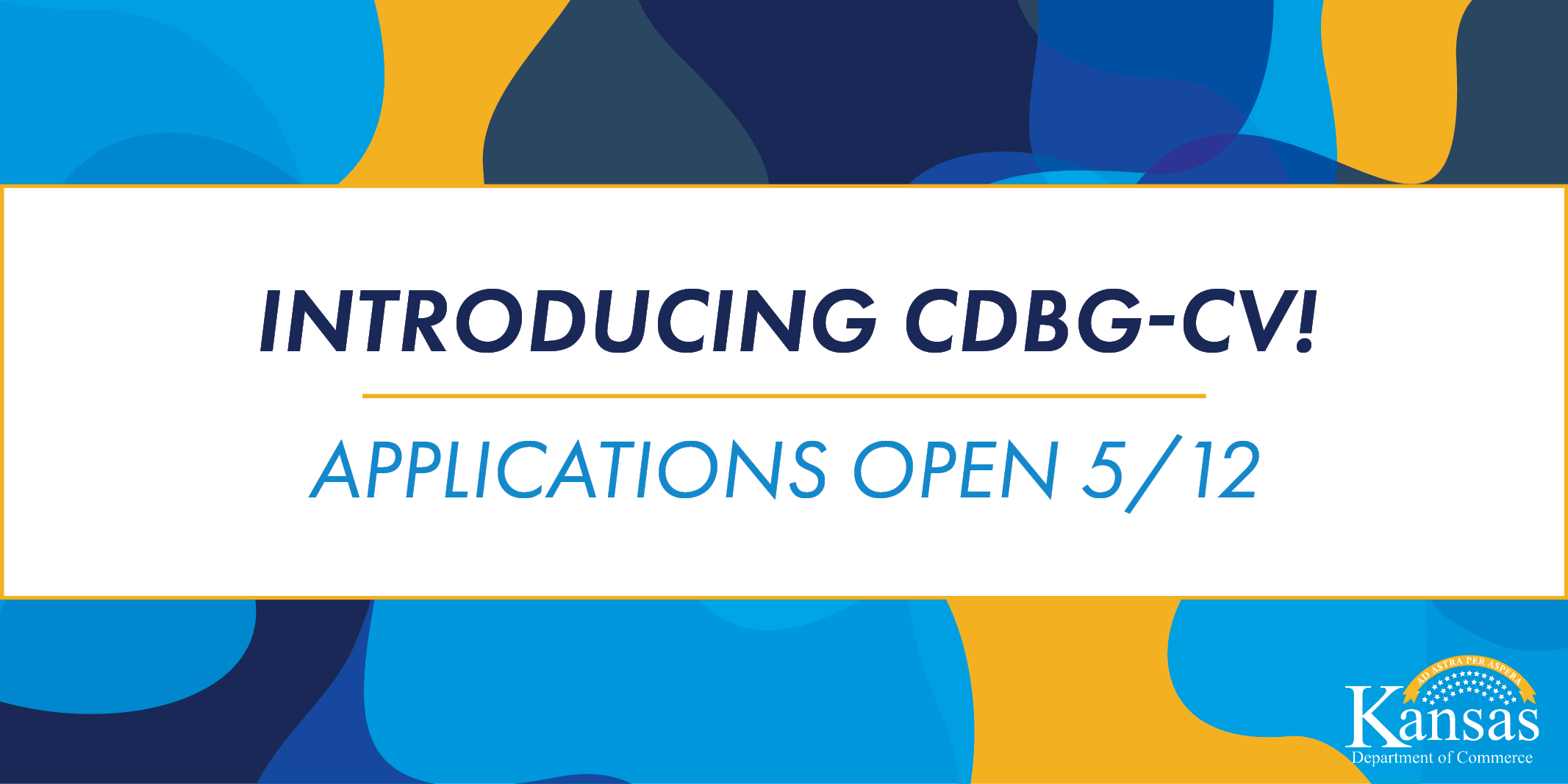 The Kansas Department of Commerce has recently announced Community Development Block Grant funding being made available to cities to address COVID-19 related issues.

Meals Programs – CDBG-CV Meal Program grants are intended to provide Kansas cities and counties with funds to supplement various programs that provide access to nutritious foods during the COVID-19 crisis.

The City of St. Francis will be applying for this funding. We are asking local businesses who are interested in this grant opportunity to complete and return the attached questionnaire.  This questionnaire will help the City gauge interest and determine eligibility for the funding that is being made available.

The grant funds will be awarded to cities on a first come first serve basis and we are working diligently to complete the application process quickly.  For this reason we request businesses respond as soon as possible, and no later than May 27.

For any questions please contact City Clerk Lila Whitmore at 332-3142.

More information regarding the grants can be found here:

Currently the Sheriff’s Department is not performing VIN inspections, and along with this Recreational Vehicle Permits are not being issued.   During this time, in order to register your recreational vehicle, please contact City Hall at 332-3142.  We will ask that you provide proof of insurance and pay the $10 permit fee.   You will be given a receipt which you can carry with you as proof of registration payment.  Once the Sheriff’s office resumes VIN inspections you will be able to take the payment receipt to them to complete the permit process and obtain the necessary tag.

Violation of Stay at Home Orders

Violations of the statewide Stay at Home order is a Class A misdemeanor which is punishable by up to one year in jail or a fine of up to $2500 or both.  It can also include up to two years of probation.

Executive Orders executed by the Governor have the force of law. The penalties associated with a violation of said order are found in K.S.A. 48-939. Law Enforcement has the jurisdiction to enforce under K.S.A. 22-2401 and 22-2401(a).

Executive Order 20-16 under 9(a) states “Law enforcement officers enforcing this order should use their discretion and consider the totality of the circumstances as they determine appropriate enforcement action.”

If a violation is determined, then the appropriate paperwork will be provided to the County Attorney for prosecution. A violation of an Executive Order is a Class A Misdemeanor. 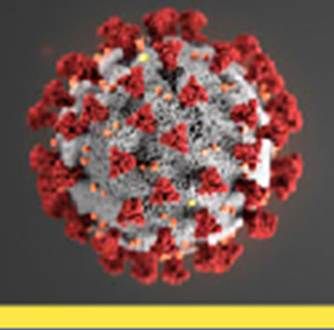 PLEASE BE ADVISED, THE MAYOR AND THE CITY COUNCIL OF THE CITY OF ST. FRANCIS, KANSAS, have declared a State of Emergency in response to COVID-19 this 19th day of March, 2020.

This is being done in an overabundance of caution to ensure the safety of the citizens and employees of the City of St. Francis.

In response to the “social distancing” directives from federal and state authorities that are designed to slow the spread of COVID-19, commonly referred to as coronavirus, the City of St. Francis is asking utility customers to use the following services to pay utility bills:

Electronic payments can be made using your credit card, debit card, or checking account by contacting City Hall at 332-3142.   We will be happy to assist you!

You can also visit our website and initiate an online payment from there:

www.stfranciskansas.com   click on “PAY MY BILL” at the top and then click “Pay My Bill Online”.  This will take you to the Payment Service Network site where you can either create an account or select quick pay.  The Business ID is RT23848.  You will need your account number from your bill.  If the account number is not recognized, try omitting leading zeros.

At this time the service fees normally associated with online transactions will not be charged to the Customer.

Customers can also use the drop box on the West side of City Hall. If paying with case, please put your payment and payment stub in an envelope and write your name and phone number on the outside. Any amount enclosed over the amount due will be applied as a credit to your next bill. If you have any concerns regarding payments in cash, please give us a call.

Thank you for helping us keep our community safe. If you have any questions please feel free to give us a call! 332-3142

Covid-19   How to Protect Yourself

Older adults and people who have severe underlying chronic medical conditions like heart or lung disease or diabetes seem to be at higher risk for developing more serious complications from COVID-19 illness. Please consult with your health care provider about additional steps you may be able to take to protect yourself.

Know How it Spreads

Take steps to protect yourself

Take steps to protect others

Wear a facemask if you are sick

Follow manufacturer’s instructions for application and proper ventilation. Check to ensure the product is not past its expiration date. Never mix household bleach with ammonia or any other cleanser. Unexpired household bleach will be effective against coronaviruses when properly diluted.

The Cheyenne County Health Department works closely with the Kansas Department of Health and Environment (KDHE) to monitor people at risk for infection. At this time, the people with highest risk for COVID-19 are those traveling from China or people who have had close contact with a confirmed COVID-19 case. As of February 26, 15 COVID-19 cases have been identified in the United States (12 travelers from China, 2 close contacts of travel-associated cases, and 1 case with no known exposure). All cases, including the one with no known exposure, have been identified through public health screening and monitoring systems. An additional 42 cases in the U.S. were repatriated from Wuhan, China or from the Diamond Princess Cruise ship.

If an individual is identified at risk for COVID-19 but is not currently ill, the individual would be required to remain at home for 14 days. They would be asked to watch for COVID-19 symptoms (fever of 100.4⁰F or greater, cough, shortness of breath) and take their temperature daily. The individual would need to contact the health department and their healthcare provider to receive laboratory testing. At that time, the health department would work with the individual to identify any close contacts at risk for disease exposure. All of their close contacts would be required to remain at home for 14 days after last exposure or until laboratory test results are negative.

The Cheyenne County Health Department is working closely with Emergency Management and community partners to keep our kids and community safe while making sure we are ready to respond if needed.